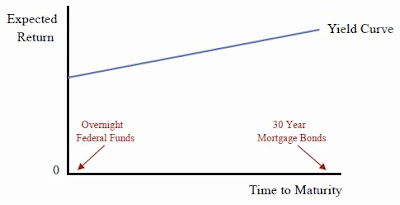 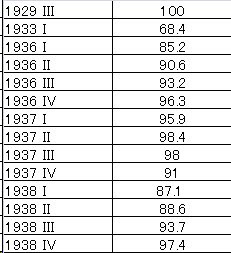 
Barry Eichengreen , "The Great Recession and the Great Depression: Reflections and Lessons（pdf）"（Central Bank of Chile Working Papers No.543, September 2010；その（1）はこちら）

ここで少し話題を変えることにしよう。ただし、歴史（歴史に関する分析）に依拠して最近の出来事を理解するというこれまでのスタイルはそのまま維持することにしよう。今次の大停滞は国際的な経済システムに生じた危機であったということもあり、この先グローバリゼーションの流れが逆行することになるのではないかとの声を耳にする機会が増えることになるかもしれない。ここで金融のグローバリゼーション（financial globalization）とそれ以外の側面におけるグローバリゼーションとを区別した上で、まずは金融のグローバリゼーションの今後について論じることにしよう。端的に結論めいたことを言えば、金融のグローバリゼーションの黄金時代はすでに過ぎ去った、と言い得るかもしれない。 Given the urgency attached to creating orderly resolution regimes for nondepository financial institutions (something that can be done at this stage only at the national level, given lack of international agreement on how to structure them), pressure will increase to ensure that the domain of such institutions coincides more closely with the domain of regulation. All this will mean that somewhat less capital will flow across national borders. (I emphasize the “somewhat” in that last sentence, to remind you that I am not getting carried away.)

On the recipient side, emerging markets are keenly aware that countries that relied most heavily on capital inflows suffered the greatest dislocations when the crisis hit and deleveraging occurred. Countries such as South Korea, where half of all domestic stock market capitalization was in the hands of foreign institutional investors, saw their markets crash, as these foreign investors liquidated holdings in a desperate effort to repair damaged balance sheets. In contrast, the countries that had internationalized their financial markets more slowly suffered less serious disruption. Governments are therefore likely to do more to limit inflows in the future. We have seen the Brazilian authorities impose a 2% tax on some forms of portfolio capital inflow. Korea’s Financial Supervisory Agency has announced it intends to impose additional capital charges on banks borrowing offshore. One can question the effectiveness of these measures: will Brazil’s measures be evaded via offshore markets or Korea’s via shifting transactions from bank to nonbank financial institutions, for example. To answer these questions, people will almost certainly return, yet again, to another historical episode, namely, Chile’s experience in the 1990s.6

The other thing needed to deal with capital flows – you will not be surprised to hear this from me – is exchange rate flexibility sufficient to create two-way bets. The absence of this flexibility is fueling the carry trade, which in turn is giving rise to frothy property and asset markets, especially in Asia. Given expectations that the dollar can only decline and that Asian currencies can only rise, there is an irresistible temptation to use dollar funding, at what are effectively negative real interest rates, to invest in Asia, where values can only rise with currency appreciation. Letting currencies adjust now, so that there is no longer the prospect of a one-way bet, would help to relieve this pressure. Latin America is by no means immune to the carry trade, but the fact that the major countries, not least this one, allow their currencies to fluctuate relatively freely means that this tendency has affected local markets less. To put it another way, the point is that US monetary conditions, which remain loose for good reason, are not appropriate for emerging markets, whose problems are, if anything, incipient inflationary pressure and strong economic growth. And capital flows are the vehicle through which pegging to the dollar causes these countries to import US monetary conditions.

I could cite various historical illustrations of the danger. The locus classicus again is the Great Depression. The carry trade contributed to the unstable equilibrium of the 1920s, as investors funded themselves at 3% in New York to lend to Germany at 8%. Then as now, the migration of capital from low- to high-interest-rate countries was predicated on the mirage of stable exchange rates.

Another example is the 1960s, when Germany was in the position China is in now. Everyone understood that the deutschemark would rise against the dollar. Everyone who could get their hands on dollars poured them into German assets, since exchange rate policy offered a one-way bet. As a result the Bundesbank was forced to wage a continuous battle against imported inflation. One might object: if this problem was so serious, why didn’t it result in a dangerous bubble followed by a devastating crash? The answer is that the German authorities limited the impact on the economy. They revalued in 1961 and 1969. And they imposed Brazilian-style capital controls in April of 1970 and May of 1971.7 But it was only when they allowed the deutschemark to float, first in 1971 but especially in 1973, that they finally got a handle on the problem.

Let me turn finally to other aspects of globalization. I want to argue that what is true of finance – that the golden age of globalization is past – is less obviously true of other aspects of globalization. There is little likelihood that we will see this rolled back. US appliance manufacturers continue to do assembly in Mexico, global credit crisis notwithstanding. German auto companies continue to source parts and components in Eastern Europe. East Asia is of course the prime case in point. Trade there, in parts and components, has been growing exponentially. China is effectively serving as a gigantic assembly platform, for the region and the world.

Moreover, the logic for these global supply chains and production networks remains intact. The cost of air transport has fallen by two-thirds since 1950. Ocean freight rates have fallen by a quarter as a result of containerization and other advances in logistics. And what is true of transportation is true of communication: the cost of satellite communications is barely 5% what it was in the 1970s. Then there is the cost of communicating via the Internet, a medium that didn’t exist four decades ago. The outsourcing of back office services, transcription, data entry, and now software engineering and financial analysis to developing economies reflects these same advances in communications technology, which are not going to be rolled back.

To be sure, one can imagine channels through which the backlash against financial globalization could spread. Trade grows more quickly when there is easy access to trade finance. At the height of the crisis the difficulty of securing letters of credit, which are important for financing export transactions and giving exporters confidence that they will be paid, had a profoundly depressing impact on export and import transactions. HSBC, a leading supplier of trade finance, reported in November 2008 that the cost of insuring letters of credit had doubled in little more than a month.8 In response, however, there were a variety of concerted interventions by multinationals and national import-export banks. In response, the volume of trade has recovered.

There may also be a destructive interplay between the politics of domestic economic liberalization and the politics of globalization. Insofar as a legacy of the crisis is an extended period of high unemployment, the voting public may grow disenchanted with liberalization. The end-August 2009 Japanese elections are consistent with this view. The voting public may grow disaffected with globalization since it has failed to deliver the goods.

Here it will be important for our leaders to make the case for free and open trade. They will have to draw a firm distinction between financial and other aspects of globalization. It will be important for them to distinguish between the need for tighter regulation of financial markets, where the justification is clear on the grounds of consumer protection, market integrity and systemic stability, on one hand, and tighter regulation of other markets, on the other, where the need is less evident and the response should be on a case-by-case basis.

These distinctions were not drawn in the 1930s, when there was a backlash against both trade and finance and when governments intervened equally in domestic and international markets. Experience after World War II is more reassuring. In the third quarter of the 20th century, global trade expanded vigorously, despite the fact that international financial transactions remained heavily controlled. And notwithstanding enduring hostility to the deregulation of financial markets and liberalization of international financial flows, political consensus favoring trade liberalization was successfully maintained through successive GATT rounds, over fully half a century. This experience offers at least cautious grounds for hoping that the same will again be possible. I for one am hopeful.
投稿者 voxwatcher 時刻: 19:54 1 件のコメント: 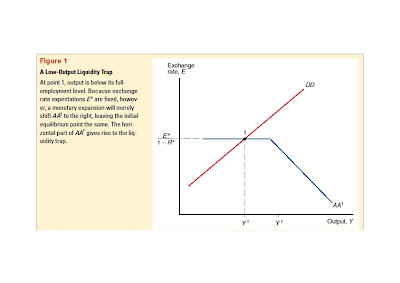 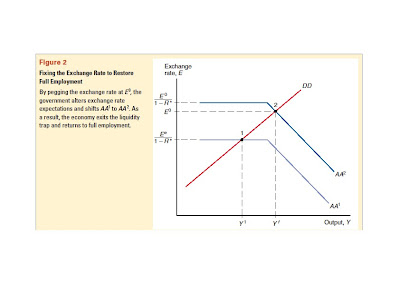